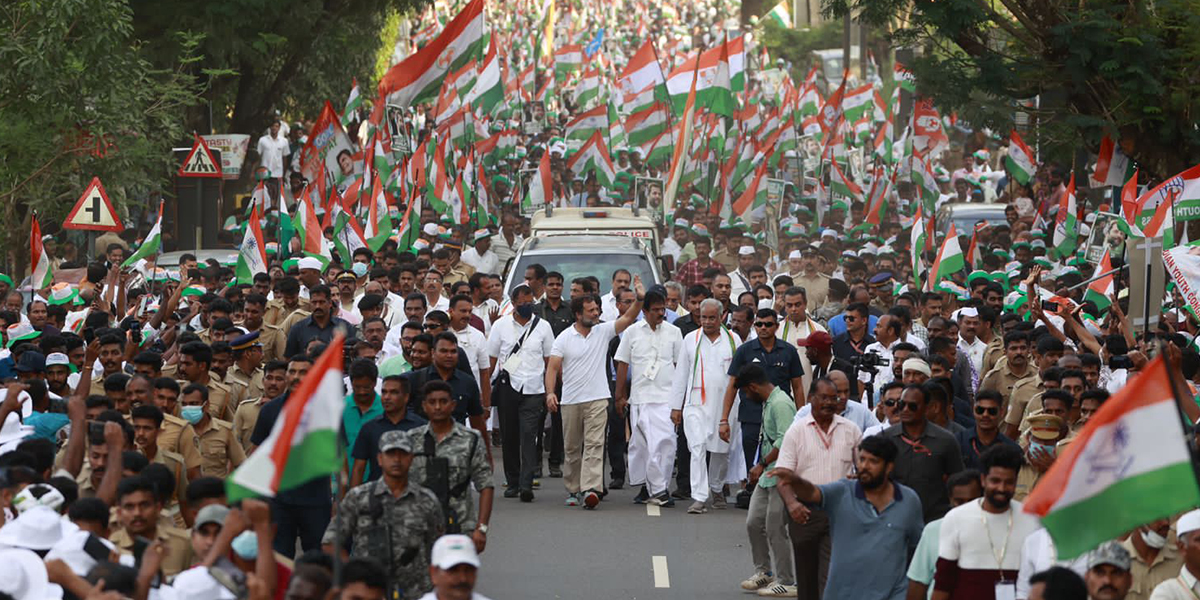 Pawan Khera and Manish Khanduri
(With inputs from Gaurav Pandhi)

As we near the end of the yatra in Kerala, it was time to summarise some of Congress Party’s experiences, successes and milestones during the #BharatJodoYatra.

At a press conference in Wandoor this afternoon, Congress leader Jairam Ramesh did exactly that.

First, the early positive impact of the yatra had been a trigger for other states, including Orissa, West Bengal, Assam to launch yatras of their own, with Jharkhand and Bihar in the pipeline.

The reactions that the INC has received in Kerala and Tamil Nadu has exceeded expectations.  “We expected a good response,” Ramesh stated, “But have received a fabulous response”.

Ramesh thanked the people of Kerala and the state PCC, saying also that “The Bharat Jodo Yatra is not just a political yatra, it’s an ideological yatra.”

The yatra, Ramesh concluded, “Is setting the narrative in Indian politics. People may be praising or criticising the yatra, but everyone is talking about it.”

Indeed they are. At Nilambur we met Ashish, owner of a local cafe. According to him the Bharat Jodo Yatra was “An excellent idea to unite the nation again” and that “he was looking forward to the yatra arriving in town”.

And arrive it did, with an abundance of style. Huge crowds had begun to build up and arrive at Naduvath, Wandoor hours before the evening 5PM start. The approximately 9 kilometre walk to Nilambur town was lined with cheering crowds, marchers, and locals watching on. 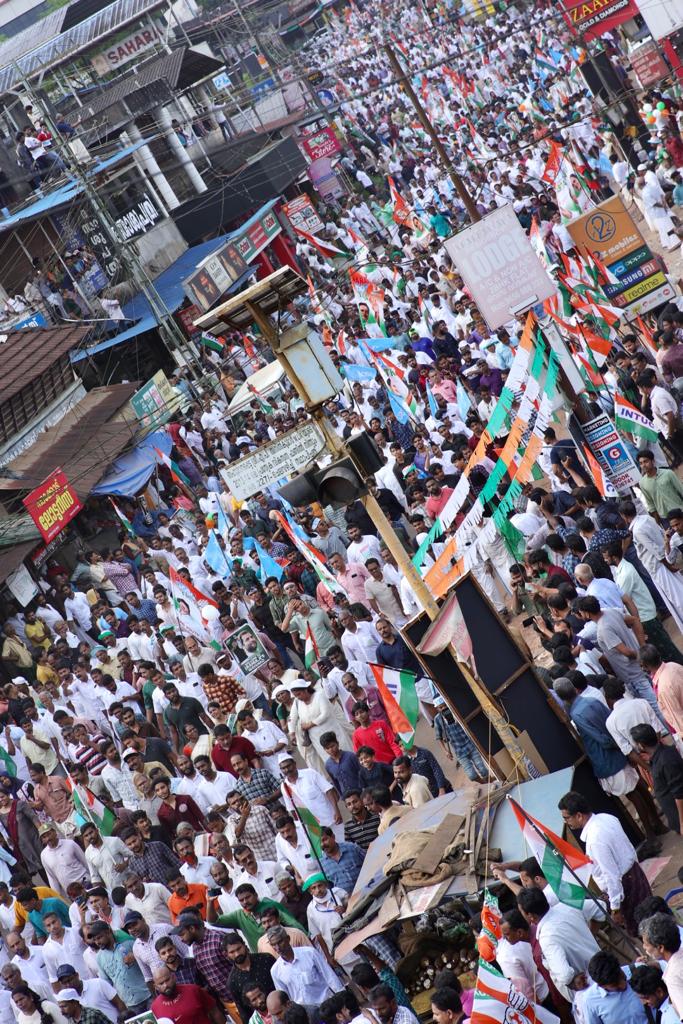 The Bharat Jodo Yatra is presently in the state of Kerala. Over 19 days in the state, it will cover 7 districts over 450 kilometres, before it commences in Karnataka on October 1. 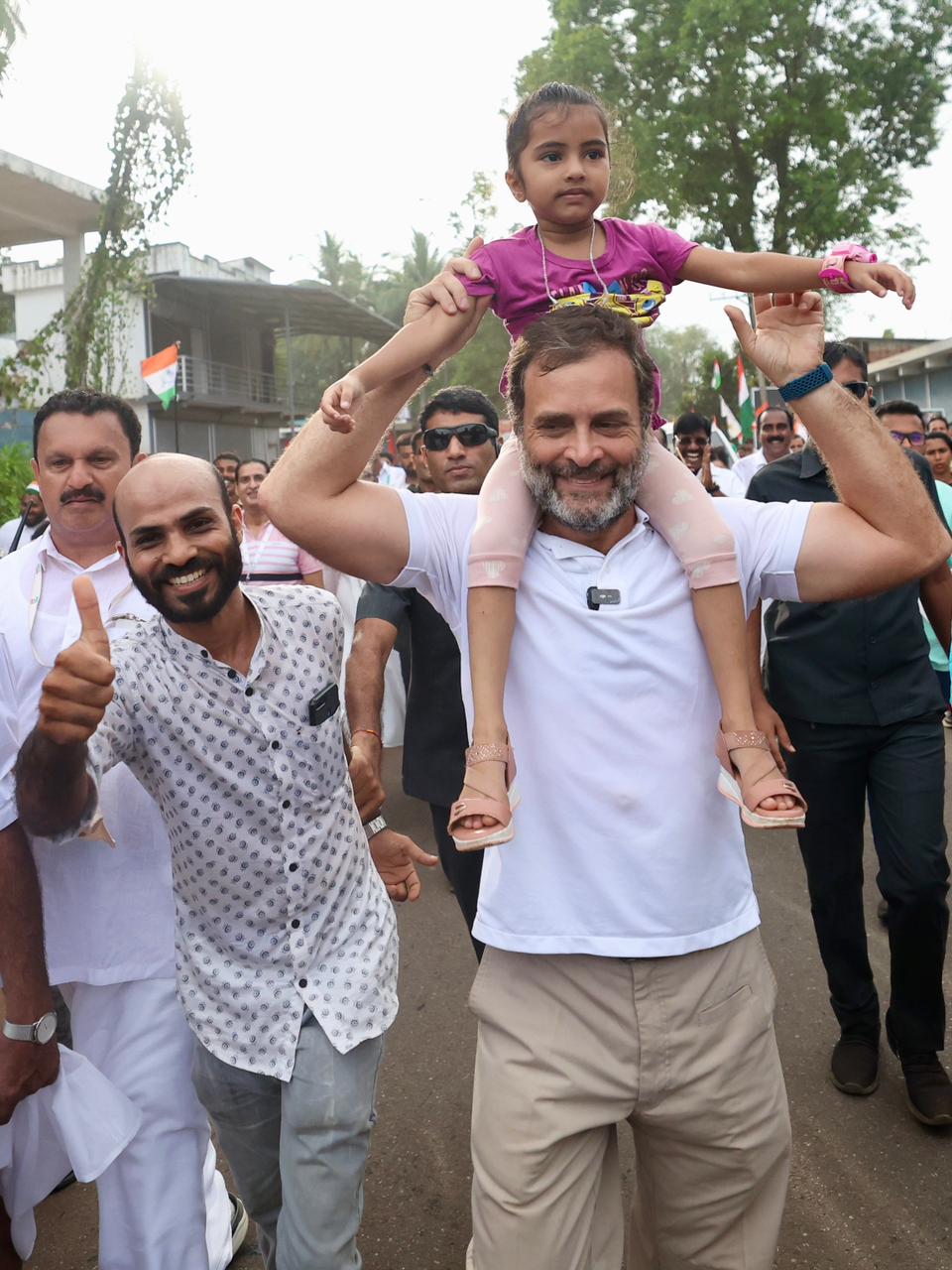 The Bharat Jodo Yatra is a five month, 3500 kilometre long padyatra from Kanyakumari in the South of India to Srinagar in the North. It is part of the party’s national mass outreach program aimed at highlighting social polarisation, economic inequalities and political centralisation.

1. Route traveled/ major settlements: Pandikkad- Naduvath, Wandoor -Nilambur
2. Current District Name – Malappuram
3.  Malappuram is the most populous district of Kerala. It was also the first e-literate and first cyber-literate district of the state
4. On 28 April 1920, the Malabar district political conference of the Indian National Congress took place at Manjeri, Malappuram.
5. Milambur is one of the prominent eco-tourism destinations in Kerala. It is the home of the world’s first teak plantation.
6. Nilambur has been recognised and added to the UNESCO Global Network of Learning Cities in September 2022, due to its provision of free healthcare to citizens.